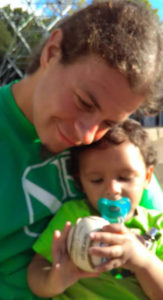 Drew with his grandson in 2017

Drew Beeman is an Early Childhood  Educator and Specialist. In 1990 he took the Red Cross babysitters course and began babysitting. In 1999 he began working in child care centers. In 2008 he moved to Rochester to be mentored by Lisa Murphy “the Ooey Gooey Lady”, who took him under her wing and co-taught with him in a preschool classroom. Today he is still working with young children. He has a degree in Early Childhood Education and has over twenty eight years experience working with young children. He has worked in childcare and preschool programs as support staff, Lead Teacher, and as a Program Coordinator. He has recently been presenting professional development training to program staff. His training presentations are fun, interactive, and informational, with the intent to include evidence based practice as new information becomes available. He has also been providing other services for child care and preschool programs such as on-the-job training, mentoring, coaching, consulting, and more.

“He is extremely well-versed in early childhood pedagogy, behavior and development.” –Rachel, parent and University Professor

He believes very strongly in the power of play in the life of a child. The evidence backs up this belief as study after study has shown that children learn best through hands on exploration and play. 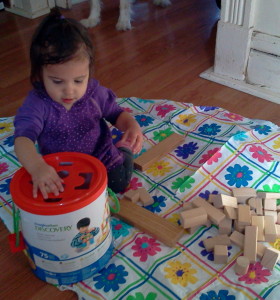 for some of what children learn through play.

Click here for a great article about what children learn through simple block play. 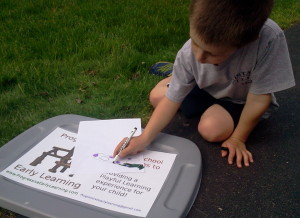 Check out Drew’s influences in the Early Childhood community and influential books.

Check out an article from Rochester & Genesee Valley Parent Magazine featuring Drew here and go to page 38, Or see the text here.